I spent 28 years in the food sales and marketing industry starting at an entry level position and progressed upward as opportunities allowed. From retail sales to executive VP managing national food clients and corporate grocery customers.

In 1995, I partnered with an independent Grocery Sales and Marking Company based in San Antonio Texas. Together we opened an office in Dallas with one national client and grew the business over the next eight years to exceed $300M in annual sales. That combined with the growth in the San Antonio and Houston office the company had a combined annual sales of $900M.

During this same time in the year 2000 I and two other executives created ACW Holdings, LLC and later RLGH Holdings, LLC which is the financial arm to 16 successful Sonic Drive-Ins in the metro Atlanta, Georgia area to central Georgia.
This partnership continues today.

My wife and I have several rental properties from New Mexico to Texas and had bought and sold real estate over the years. In addition to real estate developments in Kalispell Montana with Alan Avery, (Avery Developments) to Candler Park residential sub-divison in Kathleen, Georgia (Part of Avery Concept Properties, LLC)

After selling my interest in Advantage Sales and Marketing in 2005 and my wife and I retired to our lake house on Cedar Creek Lake.

This afforded the opportunity to fulfill a life time desire to create a second career in Real Estate. Besides my Grandfather owned Avery Real Estate in Oak Cliff, Texas from 1930-1960.

After acquiring my Real Estate license in 2009 and teamed up with my son Richard J Avery Jr. (RJ) to create Avery Realty Group.
RJ manages the parent office in Forney, Texas while I opened the branch office in Gun Barrel City in 2010 which I manage today.

I was “born” to real estate! I grew up on a working farm in North Carolina where I had a very close relationship with real estate! I later married and became a gypsy, moving to various cities in North and South Carolina, and in 1983, we headed west to Texas. I moved to the lake in 1996 from Arlington and, since that time, I have been addicted to the beauty of our glistening lake!

From my real estate education as a Farmer’s Daughter, I moved on to work in state government and for universities in Raleigh and Chapel Hill, North Carolina and I served for a number of years as Executive Assistant for a legal association. Upon moving to Texas, I entered the sales field, selling credit card services to merchants and later became a licensed health and life insurance agent. In Arlington, I began working for a bank where I handled all residential and commercial real estate loan documentation, as well as closed the transactions in-house. A bank customer hired me away to work for his new Dallas based mortgage company where I trained title companies in 27 states to prepare closing statements.

A few years later when that mortgage company closed its doors, I quickly decided I had been involved in every aspect of real estate except sales……so I decided to just go for it! I was licensed to sell real estate in 1994, earned an Accredited Buyer’s Rep certification, and 20 years later, my only regret is that I didn’t discover the wonderful adventure of real estate sales earlier in life!

I have the most enjoyable job on the planet! I meet wonderful, happy people who are excited about buying a home…whether a full-time residence, a ranch or a vacation getaway! Every transaction is different and every Buyer or Seller different, with unique needs and dreams! Every client of mine is a treasured gift and I aspire to become your favorite agent and Your Realtor for Life! 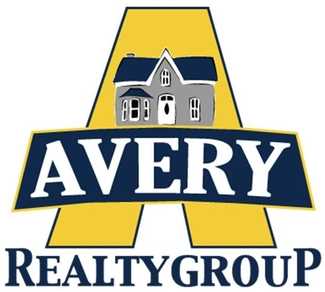